This West Is OUR West 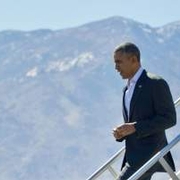 In a move that has environmental militants exulting and western farmers, ranchers, and property owners fuming, President Obama has locked up 1.8 million acres by executive fiat, with the stroke of a pen. Millions more acres are planned to follow, part of the Obama administration’s boast to use “audacious executive actions” — read unconstitutional usurpations — to advance his radical “transformative” agenda during his last months in office.

"In addition to permanently protecting incredible natural resources, wildlife habitat and unique historic and cultural sites, and providing recreational opportunities for a burgeoning region, the monuments will support climate resiliency in the region," the White House said in a statement. However, the designation as monuments means that these newly "protected" areas will be off-limits to mining and mineral exploration, oil and gas drilling, grazing, timber harvest — and even to many of the current recreational uses such as camping, hiking, hunting, fishing, horseback riding, and off-road vehicle usage that the public previously has enjoyed. But that’s OK, because it’s all in the greater interest, allegedly, of “protecting” the environment and combatting global warming, according to the president.

As of this writing, the administration’s WhiteHouse.gov website opens with a beautiful landscape photo of sand dunes and rocky crags, with this greeting emblazoned on the desert sky: “Find Your Park — America's Newest National Monuments — President Obama designated three new national monuments in the California desert. He has now protected more land and water than any president in history.”

Protected? Critics say he has seized or stolen the areas in question. This is but the latest salvo in President Obama’s planned lockup of hundreds of millions of acres, which we first exposed in The New American six years ago. In a 2010 article, The New American's Joe Wolverton reported on a secret 21-page Obama memo revealed by South Carolina Senator Jim DeMint, which identified 14 pieces of land that “might be good candidates” for unilateral executive land grabs utilizing the Antiquities Act. In the past two years, Obama has been especially aggressive in using executive orders to implement these planned lockups.

On January 13, 2016, Obama’s chief of staff, Denis McDonough, bluntly forecast the “audacious” actions to come. Speaking to reporters, McDonough announced: “We’ll do audacious executive action over the course of the rest of the year. I’m confident of that.... We do want to make sure that the executive actions we undertake are not left hanging out there, subject to Congress undoing them.”

President Obama has repeatedly stated his intention to legislate by executive order from the Oval Office, if Congress doesn’t rubber-stamp his every whim as law. And he has proceeded to make good on that threat, issuing unconstitutional orders on illegal alien amnesty, temporary worker visas, gun control, draconian environmental regulations, and much more. Designating national monuments is a very important component of his plan for “audacious” executive action. “In his seven years in office, Obama has established 22 national monuments and expanded others to set aside more than 265 million acres of land and water,” noted the UPI news service on February 13.

And he’s not through yet. Among the additional targets in the federal crosshairs is the proposed mammoth Owyhee Canyonlands National Monument in eastern Oregon, encompassing much of the land where the recent conflict erupted that culminated in the shooting death of Arizona rancher LaVoy Finicum by federal and state law enforcement on January 26 and the arrest of Nevada rancher Cliven Bundy and his sons Ammon and Ryan. The Owyhee Canyonlands proposal would lock up 2.5 million acres, an enormous chunk of Oregon the size of Yellowstone National Park, and would effectively kill cattle ranching in the area, the only viable economic activity in the region since the federal government killed all the timber/wood products industries by closing down the national forests, using various specious environmental concerns. The gluttonous gobbling up of millions more acres and the hobbling of all means of livelihood for the people who live and work on or near the public lands is a guarantee of escalating conflict.

As we have noted in our recent article “The Federal Bootprint,” the federal agencies managing the national monument lands (National Park Service, BLM, Forest Service) are already grossly mismanaging the vast areas they currently hold and are $16 billion-21 billion behind in critical maintenance. With this record — along with their other atrocious mismanagement records — they have no business adding still more real estate to their portfolio, even if they had constitutional authority to do so — which they don’t.

Article 1, Section 1, Sentence 1 of the U.S. Constitution states: “All legislative Powers herein granted shall be vested in a Congress of the United States, which shall consist of a Senate and House of Representatives.” That’s crystal clear: All legislative (lawmaking) powers are delegated to Congress, not the president or any federal agency or bureaucrat. Equally important is the “herein granted” clause, which refers specifically to the powers enumerated in Article 1, Section 8. So, even though “all legislative powers” have been bestowed on Congress, those legislative powers may be exercised in only those areas permitted by the Constitution. Presidential usurpation of powers through executive orders has been proceeding for decades, virtually unchallenged, with both Democrat and Republican presidents rampantly abusing the device, always concentrating more and more power in the executive, pushing us ever closer to outright dictatorship.

We have mentioned the enumeration of legislative powers in Article 1, Section 8 of our U.S. Constitution. A crucial feature of this section is the limitation on the federal government’s ownership of land. According to the Constitution, our law of the land, “The Congress shall have Power … To exercise exclusive Legislation in all Cases whatsoever, over such District (not exceeding ten Miles square) as may, by Cession of particular States, and the Acceptance of Congress, become the Seat of the Government of the United States, and to exercise like Authority over all Places purchased by the Consent of the Legislature of the State in which the Same shall be, for the Erection of Forts, Magazines, Arsenals, dock-Yards, and other needful Buildings.”

As The New American explained in an earlier article, this means:

The federal government was allowed to have a 10-mile square (100 square miles) for a seat of government. Property for “Forts, Magazines, Arsenals,” etc., for national defense purposes, could be purchased from the states if the state legislatures consented. That’s it. Under Article IV, the federal government is allowed to acquire new territory, which is to be “disposed” of by turning it over to the new state government when the territory is admitted into statehood. Newly created states are to be admitted on an “equal footing” with the original 13 states, meaning with full sovereignty over their lands, not with a distant federal landlord controlling 30 percent, 50 percent, or 90 percent of their land and resources.

The Obama administration and its “green” allies are pushing audaciously and relentlessly now because they are well aware of the mounting anger and resistance to tyrannical federal controls. This is most acutely felt — and emphatically expressed — in the Western states, where the federal bootprint is largest and heaviest, and where efforts are maturing to wrest the “public lands” from federal control and transfer them to the states, where, constitutionally, control belongs.

It is time for the American people to support efforts by legislators and citizens in the Western states to claim their rightful “equal footing” as sovereign states — the same as the rest of the states — not colonies to be ruled by Barack Obama, Hillary Clinton, Bernie Sanders, Donald Trump, Paul Ryan, Mitch McConnell, or any other federal politician or bureaucrat. It is also time for the American people to insist that their representatives in Congress stand up to the president, take back “all legislative powers herein granted,” limit executive orders to their original executive branch “housekeeping” functions, void the vast majority of previous orders, and stop this audacious, mad rush toward tyranny.